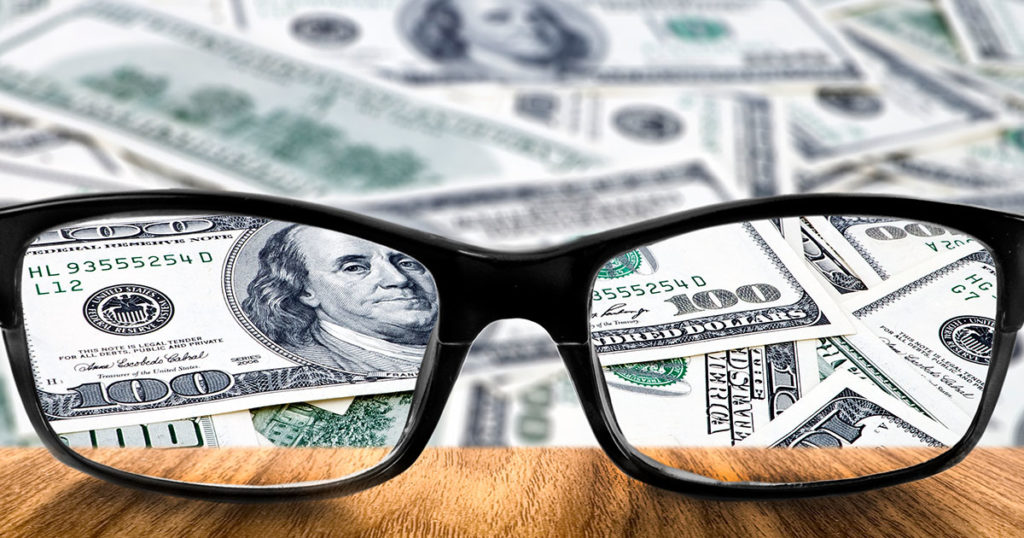 From time to time, Arlington Heritage Group has assisted our trust account holders with claims on escheated property by the State of Pennsylvania. Escheat refers to the right of a government to take ownership of estate assets or unclaimed property. We began to research the subject of unclaimed property in depth after receiving a December 2020 letter from our principal bank about a company checking account that was opened in July of that same year. 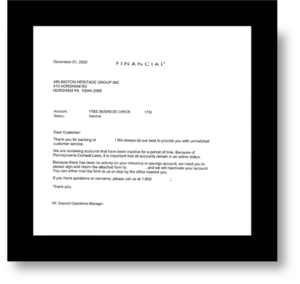 The above graphic is the letter we received from our bank (anonymized, of course) regarding the account. We were indignant, to say the least, that an account of ours—not even one year old—would be targeted for state seizure simply because there was no activity for six months. If this could happen to us, it could certainly happen with much more frequency to the vulnerable population which we serve.

Whether you agree with the notion of statehouses seizing unclaimed property, this practice is wide-spread in all 50 states. It has become a crucial feature in state financing and it is not going away. Harrisburg holds over $3.8 billion in unclaimed property and estimates that 1 in 10 Pennsylvanians have unclaimed property with the state treasury. In the current 2021-22 budget for Pennsylvania, Treasury Escheats are projected to bring in $234.5 million, or 0.61% of the $38.5B budget. In many other states, escheats bring in significantly more money as a percentage of the budget. In neighboring Delaware, this line item routinely accounts for ~10% (or more) of annual revenues.

The below list are examples of tangible and intangible assets which states can seize as unclaimed property:

Property becomes unclaimed after a financial institution experiences no activity or contact with the owner. The property then enters a dormancy period which is the time from when a financial institution reports an asset as unclaimed until the government deems that asset as abandoned. The dormancy period differs by state and is dependent upon several factors such as the type of property. Below is the Pennsylvania Dormancy Matrix for different asset classes: 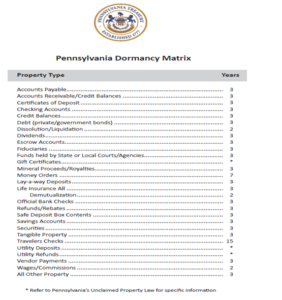 After the dormancy period, the financial institution must perform their due diligence to locate the owner. This consists of sending a letter—hence the letter Arlington Heritage Group received in December 2020—and if this is unsuccessful, the property is turned over to the state and becomes unclaimed property. The question that we are trying to have answered by our bank (and Pennsylvania Treasury, by the way) is whether the letter we got would have precipitated an accelerated seizure of the account well under the 3-year dormancy period.

In future installments of this topic, we will explore the following: